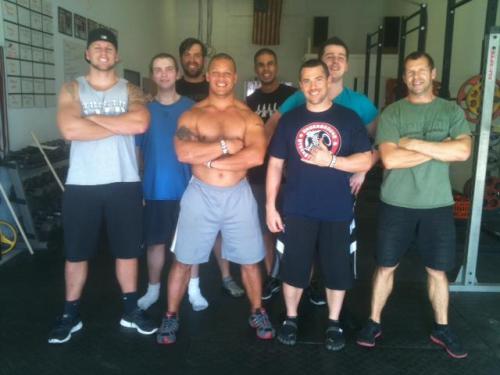 This is the second time I’ve been in St. Petersburg. Both times I’ve been struck by the people I met and the relationships I’ve built.

As a trainer and a massage therapist I’ve attended several certs and workshops hosted by a variety of experts, each with a substantial following. Never do I see the excitement and connection that takes place with Elliott’s followers.

It’s not just that we’re all in the same field and have similar interests. I have that with other trainers and therapists. At those certs we enjoy each other’s company but once the cert is over it’s over and we never see each other again. By contrast, I’m in contact with nearly everyone from my October trip and working on a project with two of them.

This time was no different.

I felt an instant bond with everyone at the cert. We were all excited about Elliott, the material he was presenting and all the commonalities we kept finding. Often the cert would find itself derailed from the agenda as some tangential topic had us all distracted and excitedly discussing.

As I sit in my gym on Tuesday I struggle to find just the right words to convey the sense of communion we all felt. In truth I don’t think I’ll ever give it justice.

Look at our photo again. Note the crazy grins. The open postures, the sense of strength and vitality. That’s not just Elliott. We all caught it and reflect it. And I think it’s safe to say it’s our deepest desire to give it a permanent home in ourselves, ultimately to share it with others.

It’s funny, the more time we spent together, both at the cert or at dinner, in our own conversations or in lecture, we found that despite our different paths, whether a 19 year old kid from Maine, who fought a heroic battle with obesity and won, an Irish professional gambler, looking for the soul and the substance of himself, or a successful gym owner from Miami, at heart we are all the same, each of us looking to become the strongest version of ourselves.

Elliott excites and energizes that in us.

Many of spoke of overcoming self doubt, of breaking the chains of our own making that hold us back and keep us from being all that we can be.

I won’t say that Elliott is immune to this. In fact I’m sure he’s had his share of struggles. The difference, the crucial difference, that he has and we seek to learn, is that he sees his internal struggles in the very same light he sees his external ones—mere resistance. As a strong man he knows the value of resistance. Resistance is the gift that makes us stronger. Without it there’s nothing to overcome. If we don’t overcome we don’t grow stronger. The most important of those last two words being the first—grow.

Elliott is mad with life. No, not angry—mad, like crazy, exuberant, intoxicated.

I too am not a bit tamed, I too am untranslatable,

I sound my barbaric YAWP over the roofs of the world.

“Not a bit tamed” and “untranslatable” we are AWAKE, alive to ourselves and the world. We relish in the company of others who share this.

We push ourselves and each other. In the process we all get better, again—the strongest versions of ourselves.